East of Mesa AZ -- So I hear -- I live too far from the phone company, now that I have finally managaged to escape from suburbia. the price of this escape may be high. I get well water now instead of the colorado river. I am "Unqualified" for the DSL service. The down side is -- My web site will be down for a bit longer. There is no sign of the pearly cat's sister bamboozle -- I fear the worst.
Posted by shawnkielty at 9:05 PM No comments: 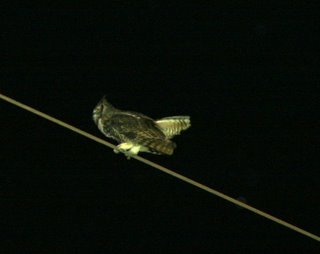 PearltheCat is mighty upset right now and a bit bemused at the apparent loss of her sister Bamboo -- and her subsequent grounding (No more late nights out for that girl) -- what is a cat if not free? According to this article the horned owl can and will kill domestic cats. It seems that the site is ambiguous about the benefit and value of the domestic cat to humans, but really clear about the value of the wild birds the domestic cats kill. Despite the appearance of a large amount of credibility -- i.e. "The Raptor Center", the quality of the writing seems to defy that. To wit:

Get out the shotgun camera comrades. I am sorry -- I fail to see the economic importance of a great horned owl eating my cat -- or what exactly about that is positive. Can we try harder next time?

He (the cat eating owl) is right in the yard -- every night except tonight. Maybe the rock band next door is interfering with his ability to hunt cats . Maybe the cat he ate the other night is keeping him so full he can share with the vultures and doesn't have to hunt. Perhaps he has died from indigestion.

Pearl the Cat was reading over my shoulder and suggested I post her picture on this man's map. I think that she thought that might make me feel better. I think maybe she is bored because I won't let her go out and play tease the coyotes.
Posted by shawnkielty at 8:20 PM No comments:

Out of touch for a bit

I will -- for the most part -- be off line till Friday -- due to the move. If I ever find my cats -- I will be happy. Email will be sparsely responded to, but for the most part not read and thrown away. See you later in the week.
Posted by shawnkielty at 5:16 PM 2 comments: 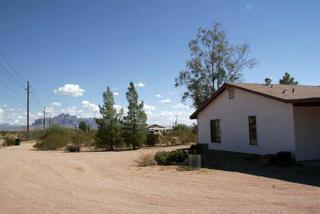 ... my cats are getting nervous. They don't know that they are in danger -- they are just nervous because the normal stuff in their home is leaving. They don't know that they are about to displace a family of coyotes. They don't realize that thier outdoor world is going to include real predators -- like great horned owls, racoons and coyotes. But they are nervous. I fear for them. I know that when they lived in the junkyard in Hayward, CA that they were in danger. Their psycho mother -- the black attack cat bitch -- protected them.
Posted by shawnkielty at 7:42 PM No comments: