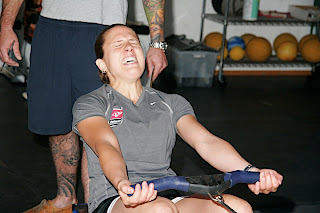 I did a little photography on Saturday for FGB @ MadDawgFitness. You can see my photos featured in the post. I am also quoted in the text of the post. It was fun, and I actually worked up a sweat watching all these folks work out. Plus what -- the guacamole was excellent.

Posted by shawnkielty at 10:47 AM No comments: Links to this post

Catch a Wave and You're Sitting on Top ...

No kidding. Well, so I didn't actually go surfing. I did catch a wave though. I went to the ocean today in a kayak. The surf was not up much. I took a class in understanding the surf zone (sometimes called the break zone) in a kayak.

There are three zones, the soup -- frothy white stuff, inside the bone crushing, thrash a kayaker, wear a helmet, impact zone, and the shark zone -- which is everything else -- sometimes referred to as the "safe zone."

Notice how many of the words I have chosen sound damaging. Do you wonder why? Well -- it seems slightly more damaging than riding a bike. But not much. I hit the beach, I was rolled like a cigar in a kayak, which was colorfully described as being "Maytagged," which relates, of course, to what a washing machine might do to a person, and I was hammered at least once by an incoming wave. Salt water doesn't really hurt the eyes that much, nor is it too dreadful when inhaled. It seems that the beach isn't all that punishing, in the absence of rocks, or any real serious waves. Although I was a mere mile from Mavericks, I was a long ways from those conditions. It was calm with a NW swell at 3' (probably sounds like I know what I am doing).

You might wonder, "Why would you do this?" I hurt in ways I cannot describe. Unmitigated pain combined with Ibuprofen and the imminent threat of immediate hospitalization. The euphoria often associated with fat tires. I like to work out, and to work hard. Add a small element of fear and surprise, and that's a formula for a good time. It doesn't really hurt that much, and I'll sleep brilliantly tonight. When the sea grabs you and tosses you at the beach -- i seriously rocks, if it's right.

It also clearly beats the hell out of staying in the ocean forever, which would be the other choice. If I can learn to manage the surf zone, I can travel up and down the coast at will. Me, some gear, some food, and a kayak, travelling the west coast to Puerto Vallarta. I can paddle out the gate and go north to Alaska, all under my own power. Imagine that.

There's a bunch of satisfaction in that.

Growing up on the coast, there's a memorable feeling in spending a day in the ocean. It nas grown and becomes part of me, enveloping me. The saltiness reminds me that there are greater forces at work. Large forces.
Posted by shawnkielty at 8:31 PM 4 comments: Links to this post

The Sleeping with the Enemy Playlist ... 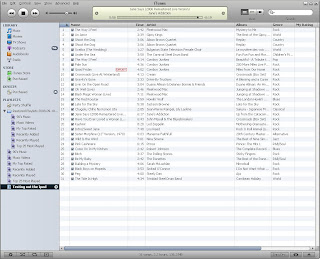 ... or the testing out the ipod playlist. Anyway -- I bought a new IPod nano. if I could just manage to succeed at downloading a new version of iTunes, everything would be so cool.
Posted by shawnkielty at 1:23 AM 2 comments: Links to this post 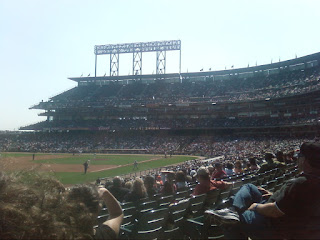 Posted by shawnkielty at 2:32 PM No comments: Links to this post

A Kayak at the Pace of Walking


Yep -- I paddled beside a pedestrian, a girl no less. For about an hour twenty minutes. We were at exactly the same pace. I was in the water and she was in the path on shore. ... She laughed and smiled and said "Hi." The truth is -- I can't paddle any faster than a woman walking.

I was thinking I might be able to paddle some twenty miles a day. I guess not. Never mind that. I guess I'll have to drive to Alaska.

I paddled today out towards the bay, I felt the afternoon wind and imagined the bay with it. A large motor boat made a huge wake and I instinctively turned toward it and powered the bow up to meet it. It was large and broke across the bow, ummm ... but this is a kayak. So we just floated along through it.

It's pretty cool.
Posted by shawnkielty at 10:29 PM 4 comments: Links to this post 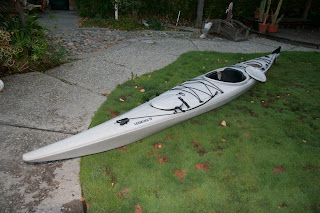 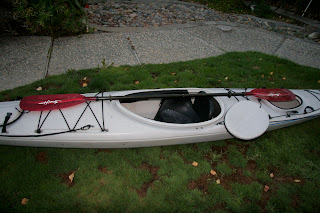 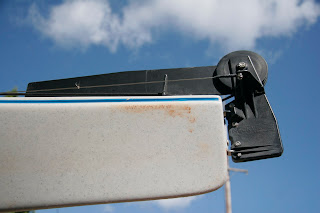 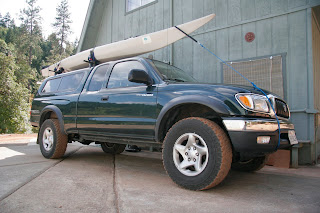 I found a boat. Um -- took it out yesterday for a spin in the little puddle by my house. Everything seems to work. Paddled what I guess is about 3 miles.
Posted by shawnkielty at 11:14 AM 2 comments: Links to this post 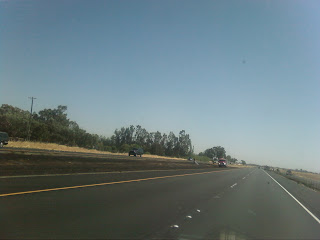 Posted by shawnkielty at 2:55 PM No comments: Links to this post 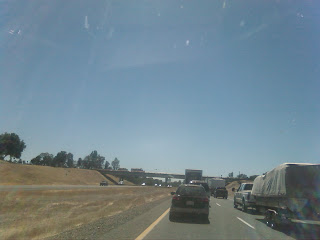 Posted by shawnkielty at 12:45 PM No comments: Links to this post