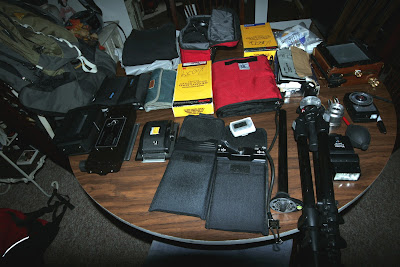 It was 1965 maybe ... the first time I thought the Giants might win the World Series.  We played wiffle ball on the street in front of the house and the neighborhood witch took our balls whenever she could.  We played hardball or "semi" in the sandlot at the end of the street, and we knew that Maury Wills could run and was one unbelievable fielder.  Golden Glove.  We knew Sandy Koufax pitched a perfect game against the cubs. and that the Dodgers were the team to beat.

We'd watch the game when it was televised.

The giants fielded a team like this:
We knew the line-up by heart.  ... Alou, Fuentes, Mays, McCovey, Hart and so on.  We used to pick sides and one of us would have to be the hated Dodgers, and the other one got to be the giants.  And we would recite their line-ups while we hit.  If we happened to be Maury Wills on first we felt obligated to steal.  Sometimes we would switch hit for the lefties.  We played the game, we hit the ball, we knocked out windows, we rooted for the Giants.

We all thought the Giants could do it that year, but we were denied.  My father said that Horace Stoneham thought that second would make more money -- so that's where the giants would be.   My father and Uncle Pat might take us to a game -- to the bleacher seats.   But my uncle Ralph -- He always had box seats.  First base line, behind the dugout.  He used to bring about a six pack of beer to the game in a long tube he slung over his shoulder.  He'd drink that and more ... ummm ... and then drive us home.

We cheered the Giants on year after year.

I remember the night games at Candlestick.  The wind.  The cold.  The extra innings.  When the stadium was empty.  When it was full.  We followed the score and we watched.  And we waited.  For years.

But I never remember winning the World Series till now.
Posted by shawnkielty at 11:35 PM 1 comment: