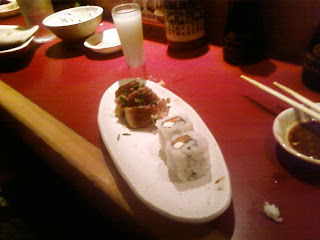 Posted by shawnkielty at 8:46 PM No comments: 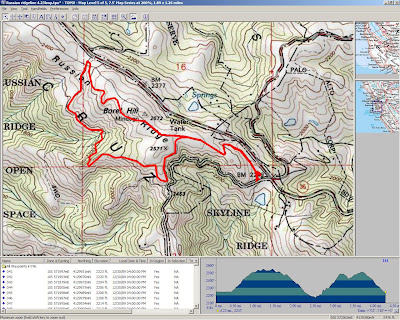 4.23 miles. Some of the great singletrack had been bulldozed in to road sized trail ... grumble. I mounted the POS™ Garmin GPS on the surly and added a Shimano XT rear derailer. Notice the elevation profile. The climbing went a bit easier with the new derailer.

Posted by shawnkielty at 8:37 PM No comments: 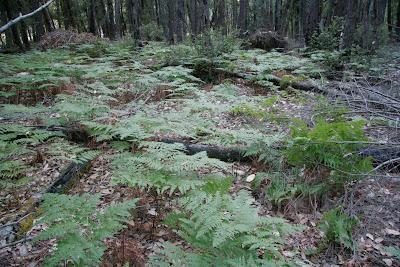 ... spent a couple of days in camp along the Illinois river at Pine Flat. Out in the open grassy flat we found the carcass of a bottle rocket that looked recently used. Fear and anger rise. Fear of being trapped by a fire, and anger that someone would take such a high risk over something so foolish. How could anyone be in this charred wilderness and actually consider using fireworks. To any one that would actually think of doing such an insane thing let me say this: Please don't go into the wilderness to shoot off fireworks, please continue to do that only inside your own house, so the damage will be restricted (hopefully) to only your stuff.
I saw a turkey, and a red fox. The red fox made an cranky, angry, loud, scary, run off your enemies, frightful sound. I have never heard a noise like that except maybe the time I heard the racoon lovemaking -- which is ummm ... really noisy. Anyway -- the fox came by the camp during the night to make that same noise while we were sleeping, or so I heard later. 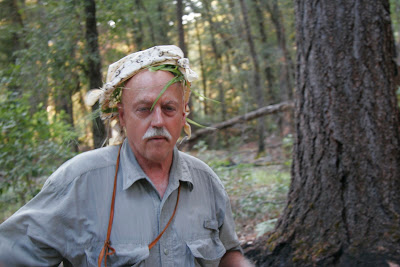 This is Jim wearing the Albert Einstien hat with grass stuffed underneath it to keep the mosquitoes from drilling through the bandana into his head. I'm an advocate of the Albert Einstien hat, which is a bandana with a knot tied in each of the four corners. Any sculptor or physicist will immediate understand how this turns a flat rag into a bowl shaped hat. 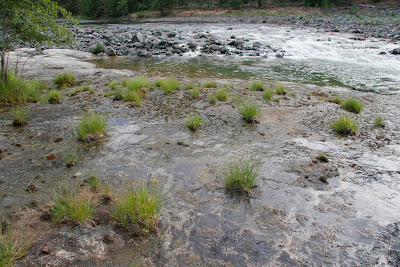 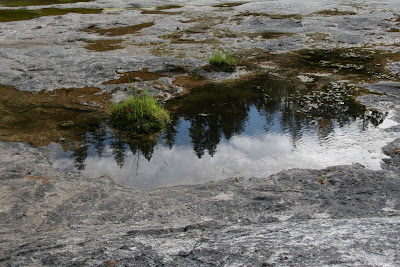 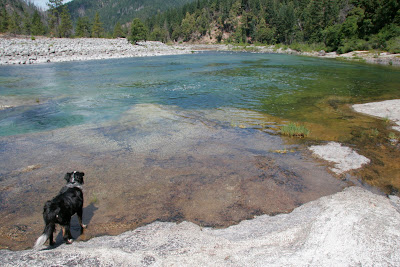 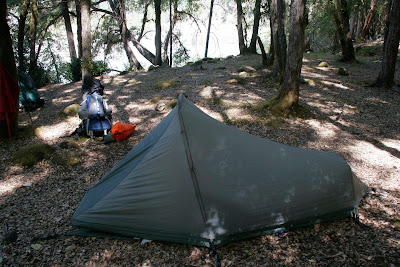 The Sierra Designs Light Year in camp.
Posted by shawnkielty at 9:09 AM 5 comments:

Panther Creek to the Illinois River 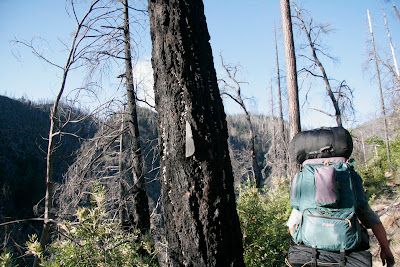 That sign used to say "Entering the Kalmiopsis Wilderness" or something like that. It was torched during the Biscuit Fire. 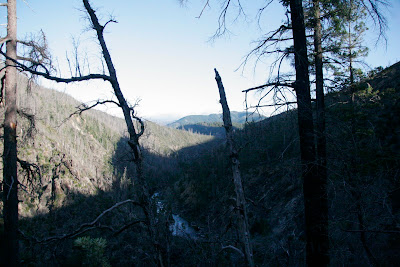 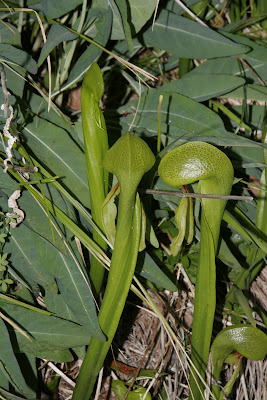 A carnivorous Pitcher Plant in the York Creek Conservation Area 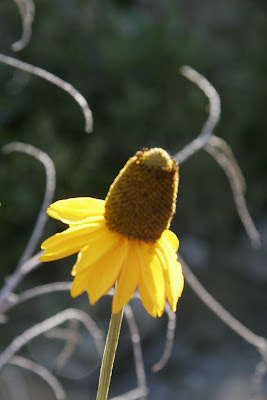 Ummm ... What is this Yellow Flower? Also in York Creek. Michael Parker of Southern Oregon University has helped me to identify this flower as a California coneflower, Rudbechia californica. Thanks Michael. 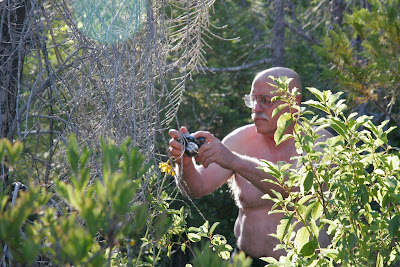 Jim shooting a picture
Posted by shawnkielty at 4:21 PM 2 comments: 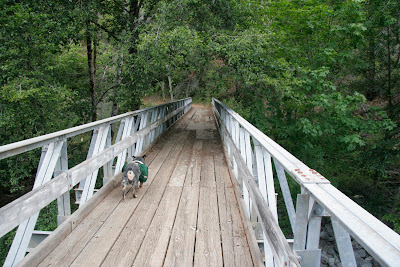 Day one included a two and a half hour drive from Grants Pass, OR to the Illinois River Trailhead at Briggs Creek near Miami Bar on the Illinois River, and a forty-five minute hike to Panther Creek, where we eeked out a rocky camp. Let's all keep in mind that we are still in the charcoal cathedral. 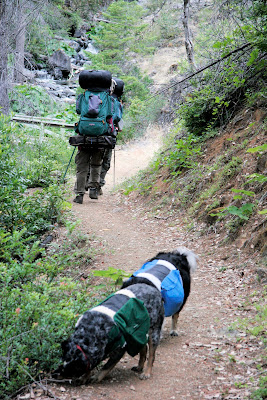 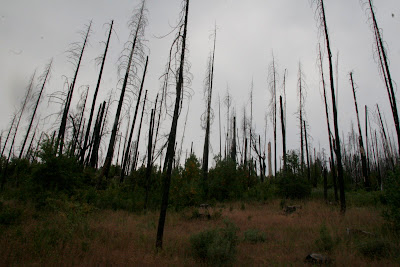 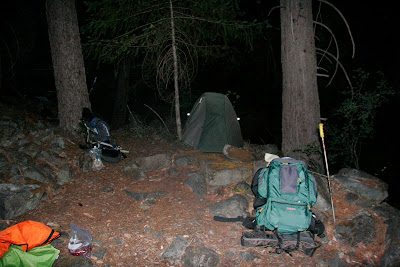 The camp at Panther Creek, just outside of the Kalmiopsis wilderness.
Next, York Creek Botanical Area, and the trail to the Illinois River near Pine Flat.
Posted by shawnkielty at 12:24 AM No comments:

Return to the Charcoal Cathedral 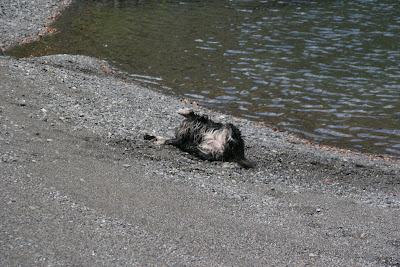 In a few days I'll be going back to the Charcoal Cathedral. On this trip I may actually miss the Biscuit Fire. I don't know because this is new. Everytime I have been to the Kalmiopsis wilderness, I have seen the result of the Biscuit Fire. I'll be going in to the Illinois river at Pine Flat. It's a fair piece upstream from my last trip. 4 days, 1 old river, 2 old friends, 2 old dogs.
Posted by shawnkielty at 1:33 AM No comments: