Wall Street and Trinity Church
Manhattan, New York
4” x 5” Polaroid
$425
Posted by shawnkielty at 2:42 AM No comments: Links to this post 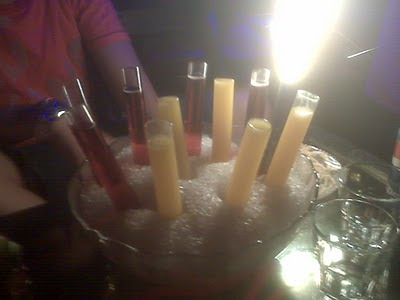 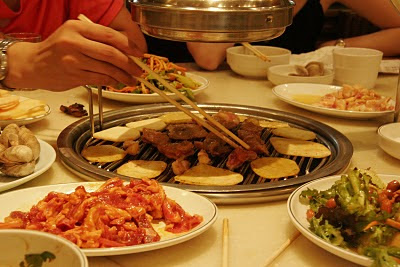 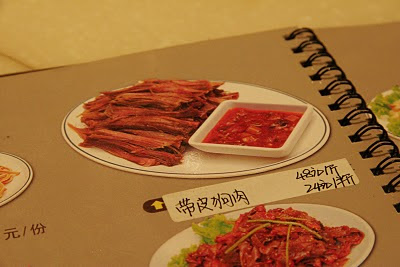 I was told this was dog on the menu, we didn't partake, however. 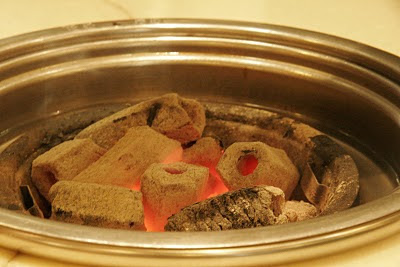 Getting Ready to Eat 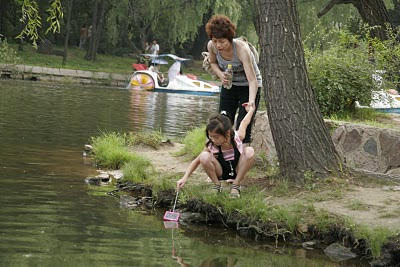 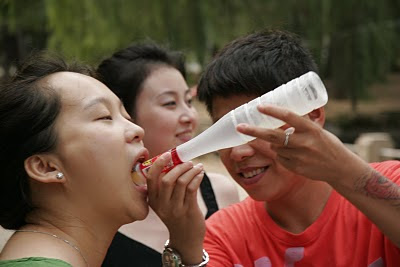 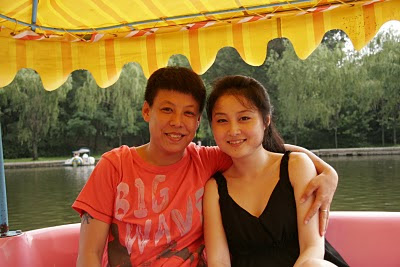 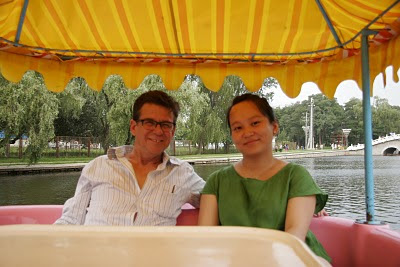 Michelle and I in a Paddle Boat 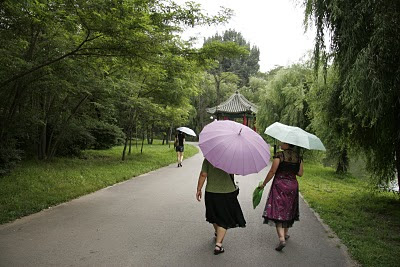 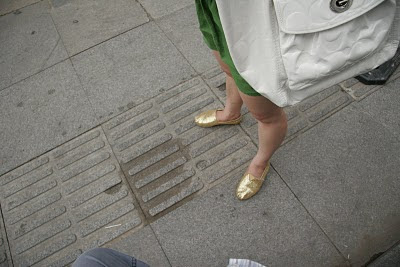 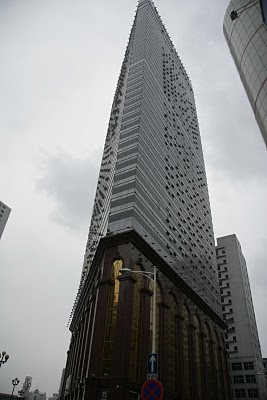 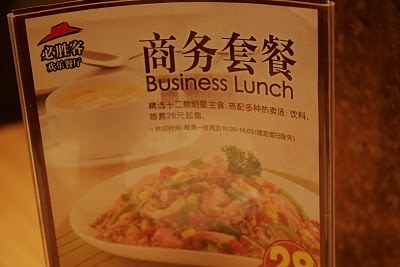 Is that a Pizza Hut Logo? 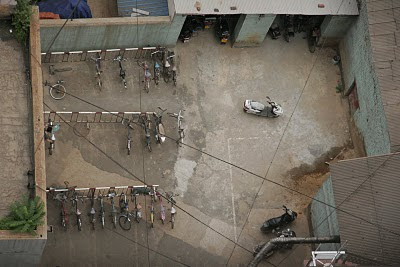 Looking down from the Hotel 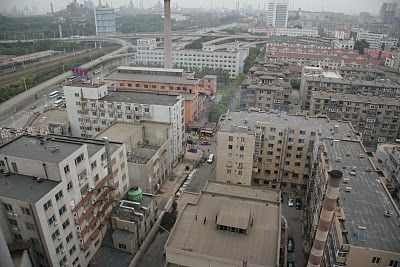 View from the hotel.
Posted by shawnkielty at 12:34 AM 3 comments: Links to this post 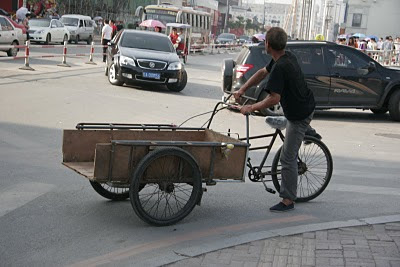 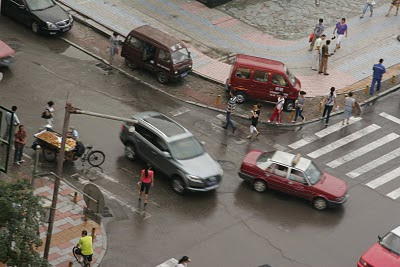 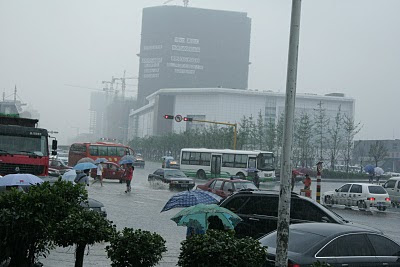 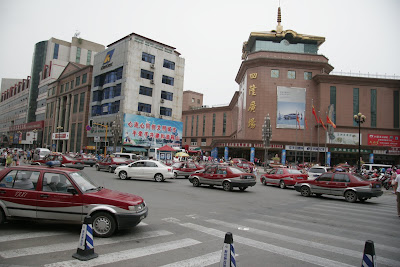 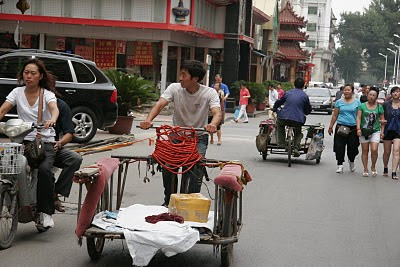 So, on this day I went outside in the daylight, out onto the street. I gradually gained my Asia street feet (remembered from a few weeks in Korea), but not fast enough to satisfy my friend Michelle. It was really clear that she was extremely concerned about my survival. She was grabbing my hand and shouting commands like "Stop" "go," and "Ok." It took a while to start to understand what it takes to do that simple thing; cross the street. with several lanes of traffic in two obvious directions and several lanes of what I call back scatter traffic -- people going the wrong way, or on the sidewalk - or in a way that contradicts expectation. With every possible wheeled object and moving in every possible direction it is clearly dangerous to be a pedestrian.

I looked in the Lonely Planet Guide for advice. "The streets of China kill mercilessly. You will need 360 degree vision to cross the street in China." Clearly true, but not much in the way of advice.

The Chinese people, from my observation, seem a highly cooperative group. I know ... I am making really gross generalizations. I can't help it, because I am suffering from the same thing that ails travellers throughout time. I don't have enough information to make more specific generalizations.

But seriously, the traffic seems choreographed. People work together to get where they are going, avoid accidents, and this is extremely interesting. Honking horns is very popular, in fact, it should be done continuously, or at least every time the vehicle changes directions, or anyone changes directions, or if anyone remotely looks like they are going to get in front of your vehicle. Driving directly into oncoming traffic is kinda popular too, but it is extremely important to honk your horn first, so the oncoming vehicles may drive on the sidewalk in order for you to be able to do it. 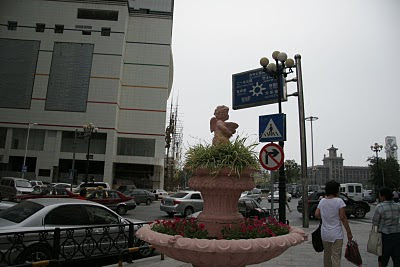 We managed to walk to the park and cross several large busy intersections without seeing anyone get killed. We rode back in a cab. It looked like I might be able to get by, but I was definitely frightened by the thought of having to cross the street.

At one point I remember asking if the cab could pull in to the front of the hotel, because I was afraid to cross the street.
Posted by shawnkielty at 3:32 AM No comments: Links to this post 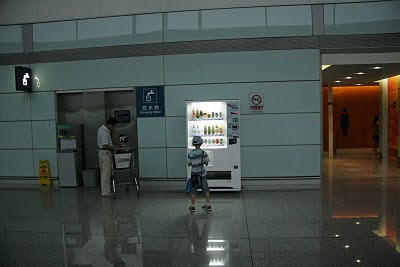 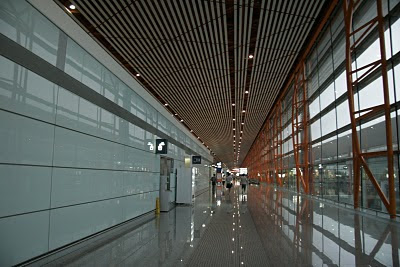 Yeah. I left San Francisco with stuff, headed for Shenyang via Beijing on China Air ... blah, blah, blah ... I had ipod, electric razor, phrase book, guide book, a change of clothes and my flip flops (which I'd like to go back to calling thongs) . I had some gifts (a bottle of wine, some Johnny Walker, chocolates, and basically, way too much stuff. Oh and a few thousand Yuan. I think I knew as soon as I was in the plane that I was entering a foreign country. No one was speaking English.

I think we should cover the first few steps though. I got a visa in San Francisco at the Consulate of the People's Rrepublic of China. I went the standard route, multi-entry, good for a year, takes 4 days, $150. Four days counts like this -- today, tomorrow, Wednesday, Thursday -- so four days from Monday at 4 PM is Thursday at 9 AM. It is possible to pay more and get your visa on the same day. I didn't do this and ultimately, because of the short timing of my trip, I probably paid more for my air fare, because I waited till my visa was approved before I bought my air tickets.

As I said, no one was speaking English, my language of choice. The food on the plane was American though. Air travel, for the most part, sucks. If you fly from the US to China on Air China, I think your flight will be full. It will be filled with Chinese people. As I learned in 10 days there, Chinese people are pretty cooperative, so the flight will be pretty comfortable. For a flight. I managed to sleep for 47 seconds.


I was nervous about my trip. Here I was flying to meet someone I knew, but not really well. To China and into a place where I know I am in a more remote China, an English free China. And I have a Mandarin application on my phone -- language tapes on my Ipod, and the phrase book. I am pretty sure I can navigate to a hotel in Beijing, but beyond that, I am feeling very unsure. I imagine myself arriving at midnight, my phone doesn't work, and something happens to my friend and she doesn't show. I tell myself that is not going to happen. I tell myself ... "you've been to Asia twice, you can handle it ... you know what to do."

In Beijing I had to pick up my bag -- it was a bit confusing. In San Francisco they told me that my bag would go to Shenyang. When I asked at the airport in Beijing, they informed me to get my bag from the baggage claim and take it to customs. The customs agent looked at me and waved me by. In China -- it always seemed to me to be unorganized, but tremendously efficient. There was a very short line at immigrations and the infra-red screening for illness was done on the fly. and customs was a non event -- so I was instantly sitting and waiting for my next flight.

I know the trend for Americans is to claim that China has a problem with smog. I think it's a bit short-sighted to do that though. We have farmed out all of our industry, and China has picked up a lot of the extra work. The manufacture things like steel and clothing for many of the world's markets, and as a result they have a lot of the pollution. Since Americans use and benefit from much of that productivity, I think we should go ahead and admit that we are participating in creating that smog as well, and stop acting like it's China's fault "they pollute the world".

It was still pretty gross, and I had an irritated throat from the smog, which started in the Airport in Beijing. 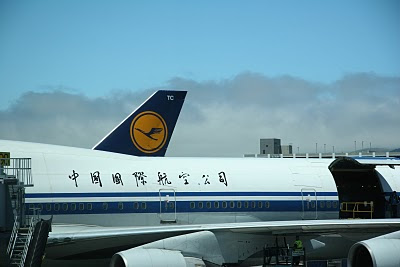 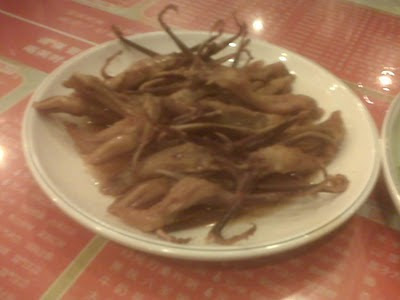 In China flights board one-half hour before lift off. I got on the plane to Shenyang; when I arrived my friend was there. We drove the hour drive to Anshan, her hometown, and ate dim sum -- shrimp balls, duck tongues, and a rice soup at some place called San Bao. Interesting to me that the duck tongues had forked bones. Then the hotel. 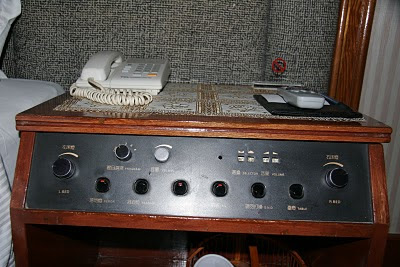 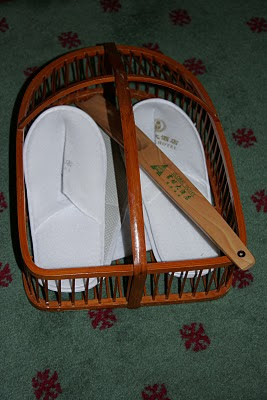 Posted by shawnkielty at 12:05 AM 3 comments: Links to this post 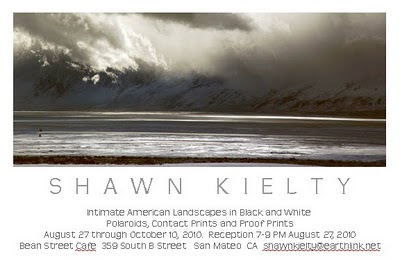 Posted by shawnkielty at 6:34 PM No comments: Links to this post 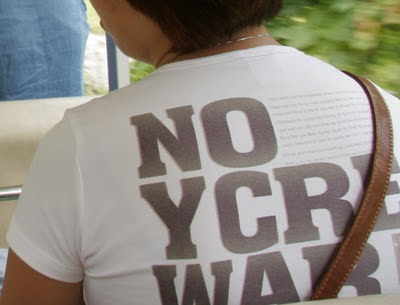 Hey everyone. Well, I am back from China; I am healthier, I lost 4 lbs. I feel surprisingly good now that the jet lag has finally worn away. I know you are all sitting on the edges of your chairs waiting for the blow-by-blow. I would have done it from China -- but guess what. There's no blogger in China.
I am sure you'll all agree that it's pretty obvious that I am a dissident, inciting unrest in China from my lounger in America with my limited citizen Journalist powers. It's pretty obvious after all, because I am an American. Which is why the Chinese government's censorship, or the failing of the Google Empire to secure righteous placement in China for my blog, has left me powerless to speak to the Chinese people from America, or even something as innocuous as showing my American friends what I ate in China via blogger from the lobby of the Global Hotel in Anshan, China, where it appears ... there is absolutely nothing to spy on. I couldn't find a single military installation, or even a police officer, or anyone official, of which to try to take pictures. Not only that -- but it was pretty flooded, so I couldn't even try to sneak in to North Korea. I've already been censored, which has never happened before (I can't send my new 14 year old friend links to my blog to show him about myself). Seriously, in my imaginative mind, I fear even the slightest bit of criticism of the Chinese government's policy towards internet censorship, could result in my being denied entry, which for me, would be a tragedy. As you will see, I had a great time and I will want to go back.
This is not a joking matter actually. I did get interrogated a bit by hotel security the day after I uploaded a few hundred megs of vacation photos to my flickr account. There is no facebook in China. No blogger. I did detect signs of opinion, righteous indignation, even. I also saw a lot of the symptoms of personal affluence ... and you know where that leads. It leads to having an opinion. I was able to post to facebook and get all of my communication using my Blackberry, and my international data plan, and read whatever I liked. But not write to my blog. So if you want to be a spy ...
I had a remarkably good time. Eating was very popular, and as you all know, I love to eat. I think I fell in love in China, in love with an ancient, spirited place, filled with welcome and care, and filled with splendid hosts. I met remarkable people -- like the 14 year old boy who spoke English and wanted my to be his pen pal in America. Or the young man I met on the trail, who invited me to join him to visit his home in Harbin. Or the various people who eagerly join my friend and excellent host to take me around, take me out onto the streets, to clubs, take me to National Parks and share their homes and lives with me. It is a challenging and exciting place.
"When will you visit China again?" was a popular question I was asked; If I am invited, I definitely will come back.
Posted by shawnkielty at 11:52 PM No comments: Links to this post