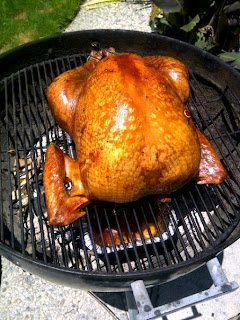 Posted by shawnkielty at 12:26 PM 2 comments: Links to this post

Reposted from Saturday, February 25, 2006.  IK like this post.  I have my moments.
"It's all in the journey," the mystery biker states as he rides away from our conversation climbing up the "backside" of Usery Pass. I had remarked that at 7 miles an hour, it was going to some time to get up that 4 mile incline. He had a cool seat mounted holder for two water bottles. I'll need one of those in a month or so. Notice the temperature of today's ride is over 80 degrees. Today's ride was quite thought provoking. I guess there's some advantage to spending 3 hours in the saddle. Gilby will be happy to note that my love affair with my Brooks™ saddle has started. Maybe I won't be so lonely from now on.

One thing that it wasn't today is lonely out on the road. I had conversations with several people today, including one interesting group of hikers over at the drinking fountain at the base of the Wind Cave trail. I don't know if this is just because I spent more time out, or as a result of the rather outstanding weather. The hikers were talking about a 50 mile ride tomorrow. So I asked them what the thing I just climbed was called -- "The backside of Usery Pass" was the definitive answer. It seems this is one of the more notorious climbs in the area. Another -- namely "King Kong," or just "Kong," was responsible for last weeks cramping incident. During this conversation -- I learned of a third, The Pearly Gates. "That will break your hump," says the elder hiker.

The Pearly Gates was a nice ride. I don't know how far it was, but it actually required me to use all my gears. The ride requires that you one, trespass, and two, avoid the copious amounts of coyote crap on the road, and three, work. I can just hear her saying it now, "Coyotes do not prefer to crap in the road. I know you say you've seen them, but it just isn't true." Coyotes and foxes, both share this desire (perhaps wolves too). They would really rather do thier business in the middle of the road. I have seen them more than once, me slamming on the brakes to avoid killing them, trying to take their picture, them, hobbling off so as not to soil themselves, and me again -- failing to get the picture. I want to show it to my friends, and say "See, if you spent any time outta the house you would know this. I secretly suspect they like to do this because it is warmer in the road (you know how you like it warmer in the john than anywhere else). The other possibility is that they know that this is one part of the world that is pretty much screwed, so no one (none of the other critters - except maybe the crows who eat off the road) will mind if they take a squat there.

Anyway, the road to the Pearly Gates is closed (go figure, eh?), which means all those instances of Coyote squat, aren't getting run over, so there are many there to prove my theory, which finally may become a law. It is interesting to note that coyotes seem to urinate and deficate in the same place, leaving two kinds of evidence to both prove my theory, and prove that they are not dogs. The ride, as a result of the road being closed (not the coyotesquatsi) was very nice. With the exception of the automatic machine gun fire from the neighboring shooting range, the ride was oh so quiet and worry free.

Out on the road I was reflecting on this article I read last night, and thinking yet again that I have too much stuff (she -- the woman from above -- said that too), and wondering if I could change my life just by cutting down on the stuff I have (not that I want to suffer a fire), when I remembered the end of that article, which reminds me of what inevitably happens as we force ourselves to dig deeper:


I've learned to recognize a particular moment on a backcountry trip. It's the moment when I can't remember what I'm doing there. It usually comes after some grueling slog, after the pack mysteriously gains weight against all rules of fairness and physics. Everything rubs against me-the shoulder harness, the salt of my sweat, the relentless weather, the earth against my feet.
It's like pushing through a membrane, that instant when misery transforms into surrender. Nothing becomes lighter, faster, easier. Now I can keep on, just for the power, the quiet ecstasy, of keeping on, discarding burdens as I go, growing lighter and lighter with every step, because this-this freedom, this moment, this willingness to trust myself in an untrustworthy world-this is the one thing I cannot do without.

Meanwhile, Pearl the Cat is out the window trying to catch a cottontail. It's hysterical. It's all in the journey, kitty. Look for that quiet ecstasy. Discard your burdens.
Posted by shawnkielty at 10:22 PM No comments: Links to this post